Frost on My Windows

“Frost on My Windows” will be a coffee table book (Coming Soon!)containing my color photographs of frost crystals which formed on the windows of my home during the winter of 2015-2016.  The format of the proposed book is 12” x 12” and it will be for sale on this website.

I live in a New Hampshire farmhouse built in the early 1800s. Upstairs there are nine windows of an old inefficient style comprised of wooden double hung sashes and an outer storm window. The inner windows are either two pane-over-one or two panes of glass, while the storm windows vary from older wooden one piece two-pane-over-two pane, to aluminum one pane-over-one pane with a screen element.   On cold winter nights when the temperature outside goes down below about 20 degrees Fahrenheit ( -7 degrees Celsius), ice forms on the inside of the storm windows from warm moist air escaping out through the sash windows and condensing onto the cold glass surface.

Most people, I suppose would look at all that frost and think heat loss and energy wastage, and immediately take curative measures like caulking the windows or covering the whole window with plastic, or even replacing the window with something new and efficient. However, I saw magical artwork, formed out of thin air, new every day!

I shot at first handheld in macro mode with my Canon G7-X, and then in earnest, once I saw the images on my computer, with my Canon 5D Mark III on a tripod using my 70-200 f2.8L and Canon 2X Converter setup.

The daily art show event, when it was cold enough, was comprised of six stages

– A Pre-Dawn stage where the only lights were from my neighbor’s security lights and sometimes from the moon.

– A Sunrise Stage, when the windows on the south side would be flooded with Golden Light

– A Daylight Stage when the predominant colors were blues and whites and greys and browns.

– A Melting Stage when the beautiful artwork would melt and usually completely disappear!

– A Refreezing Stage which occurred during the coldest, overcast days, when the droplets of water on the windows would re-crystalize phantasmagorically

Below is a very small sample of the hundreds of colorful images I collected and am assembling into a book. 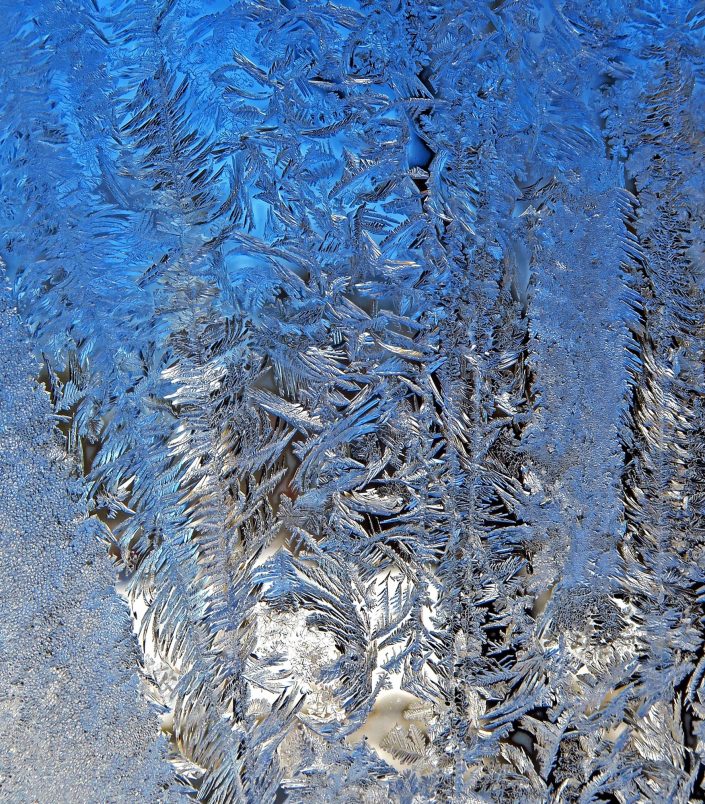 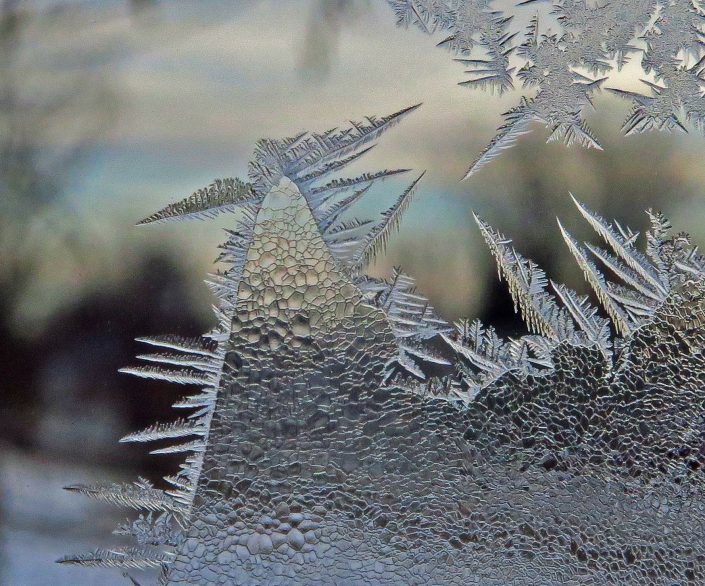 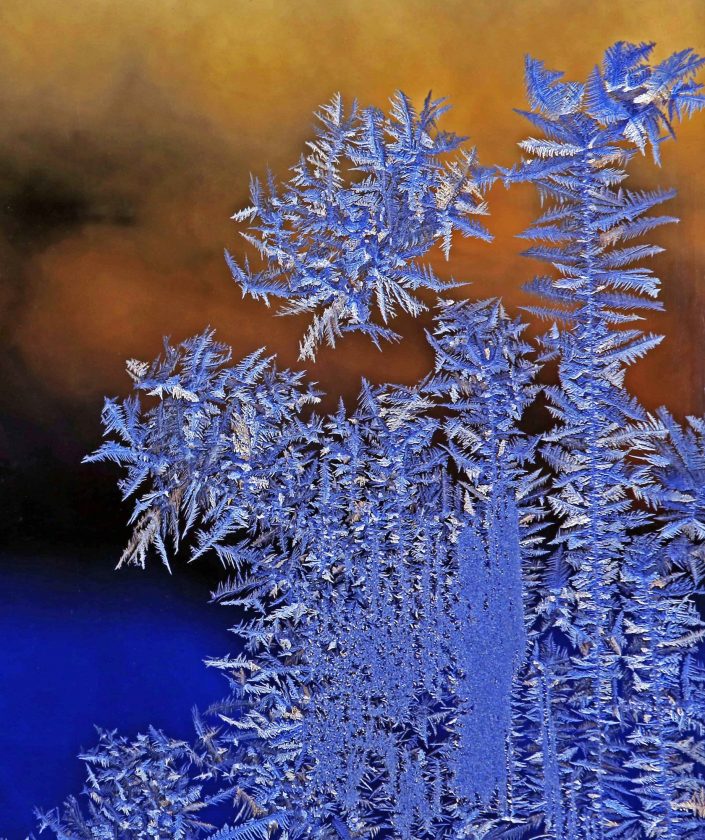 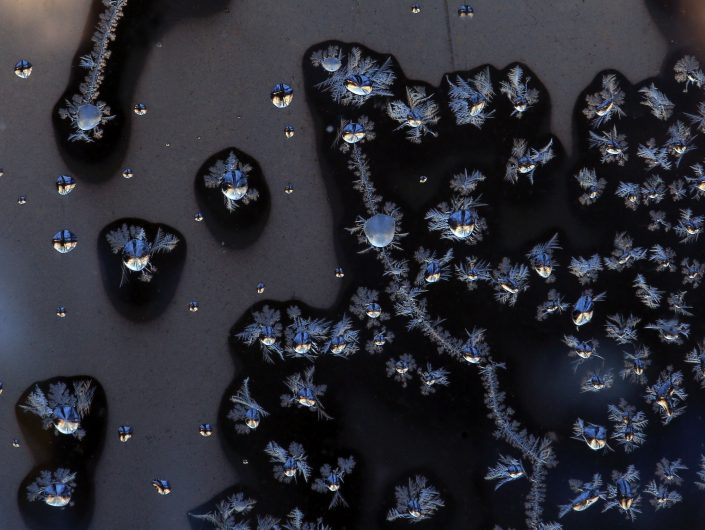 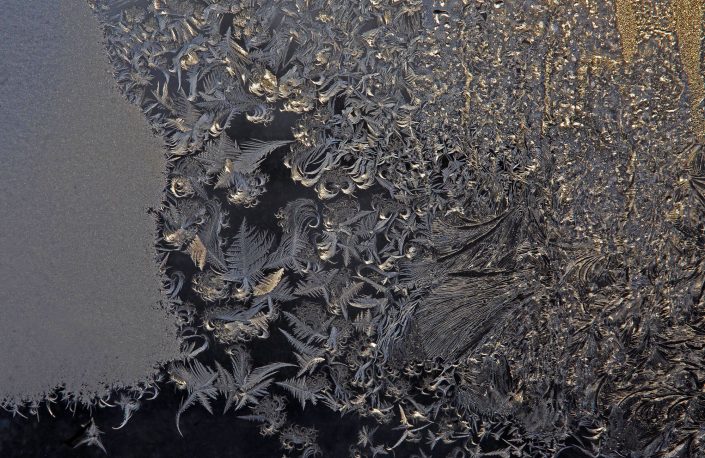 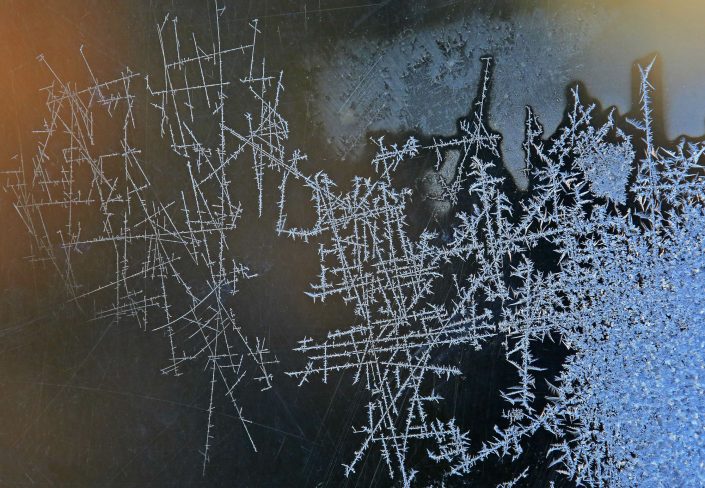 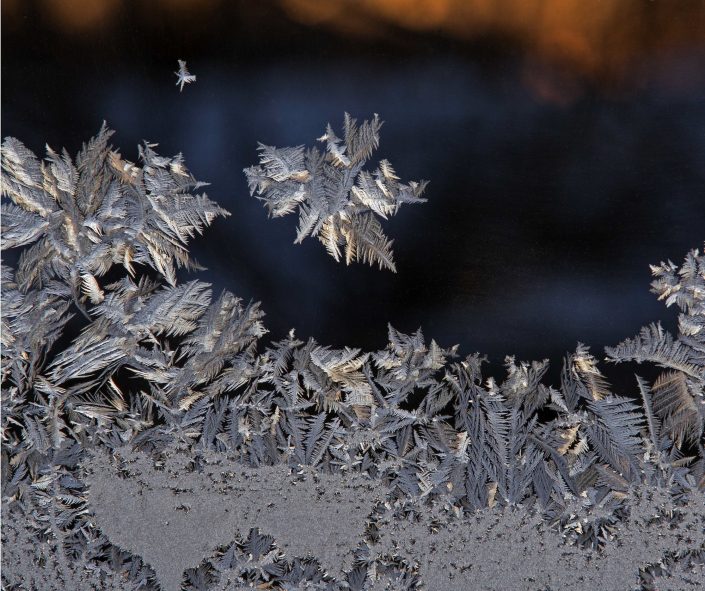 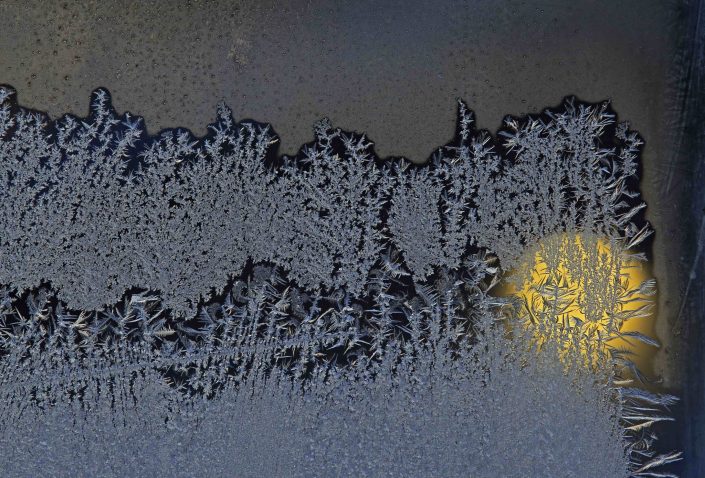 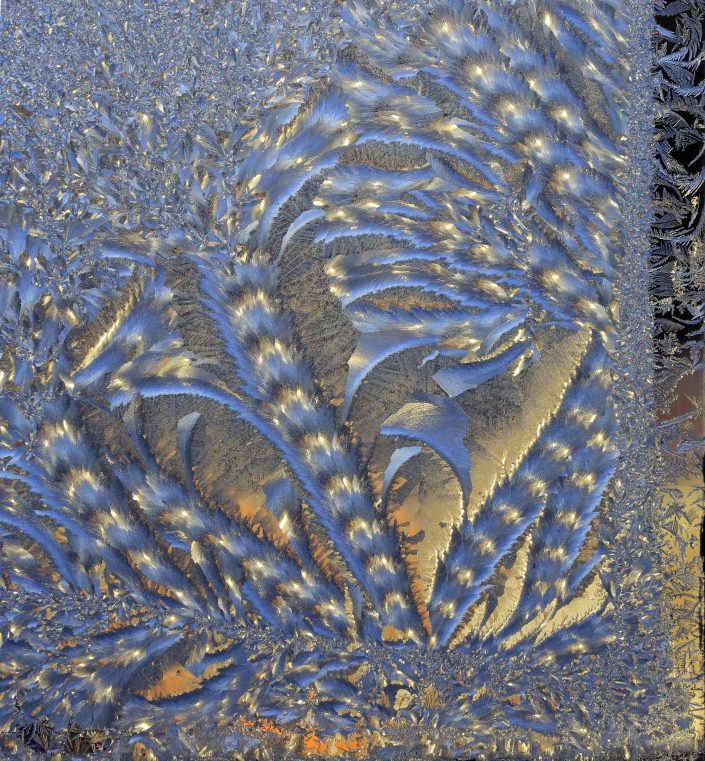 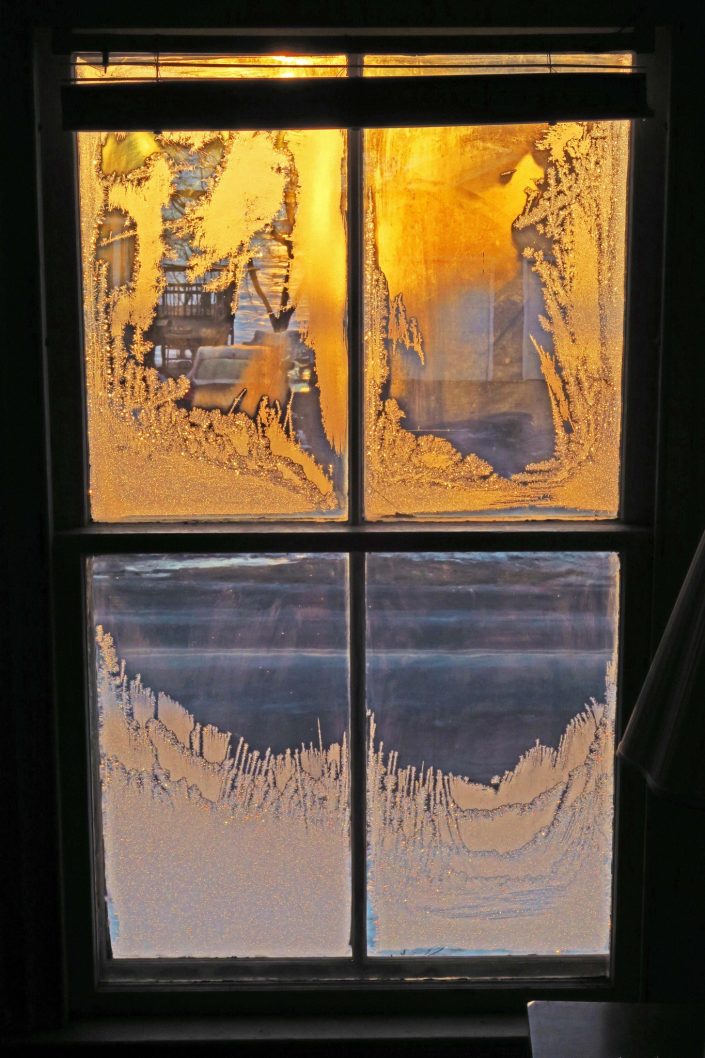 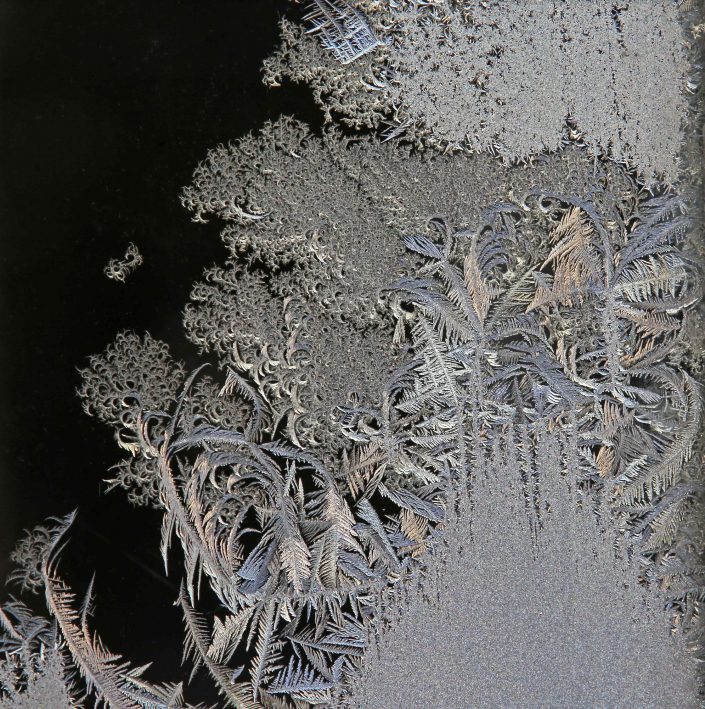 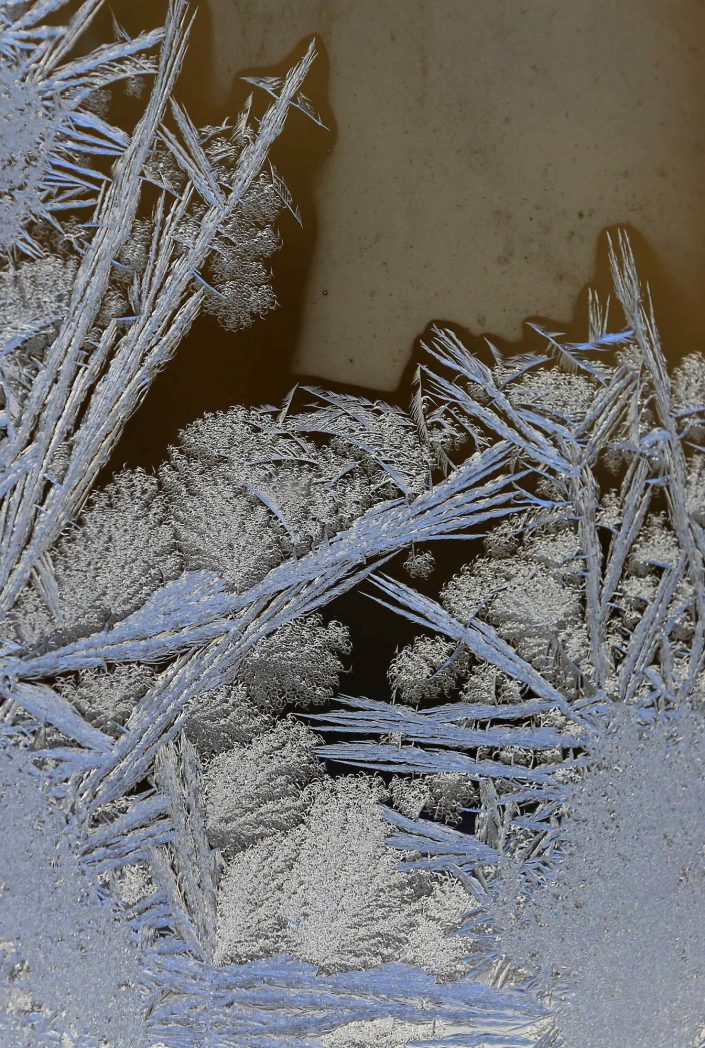 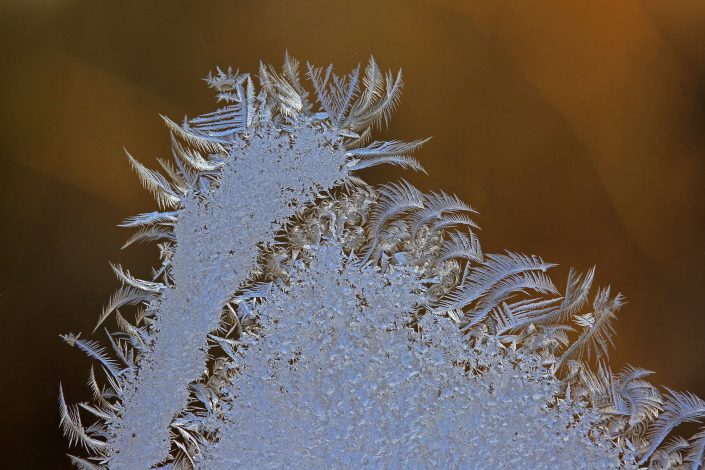 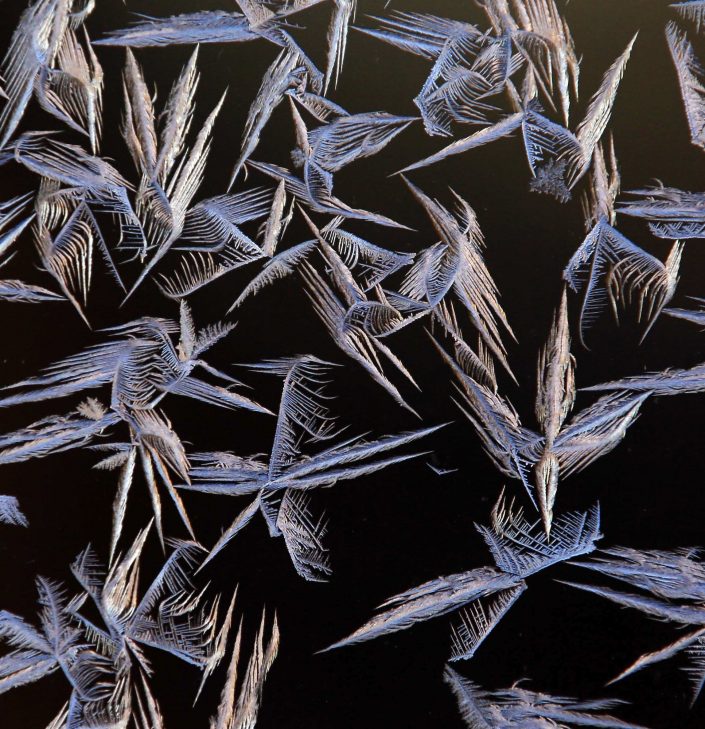 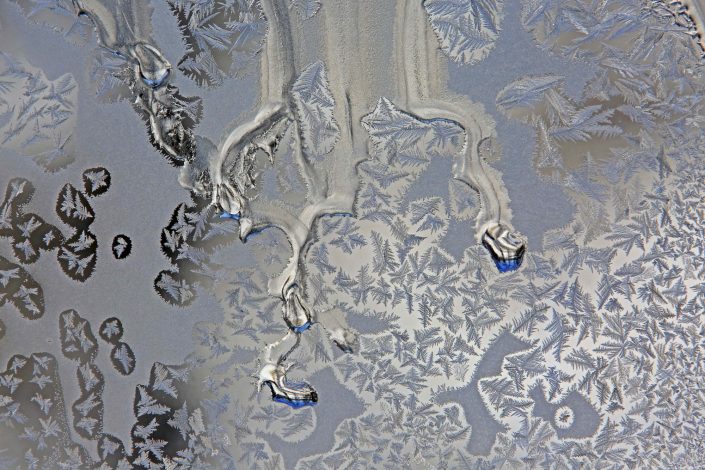 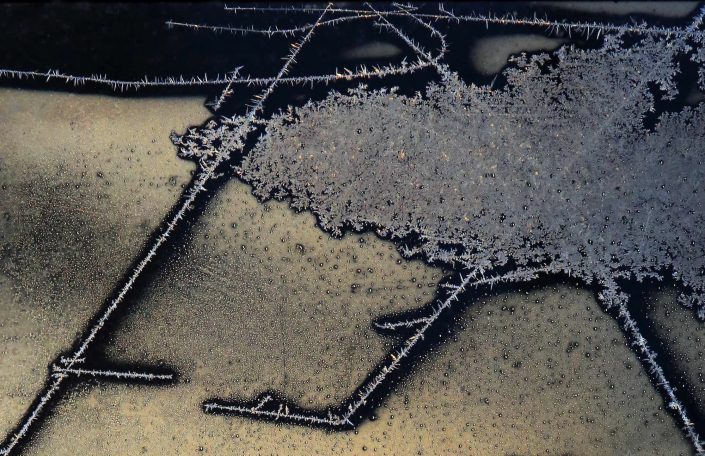 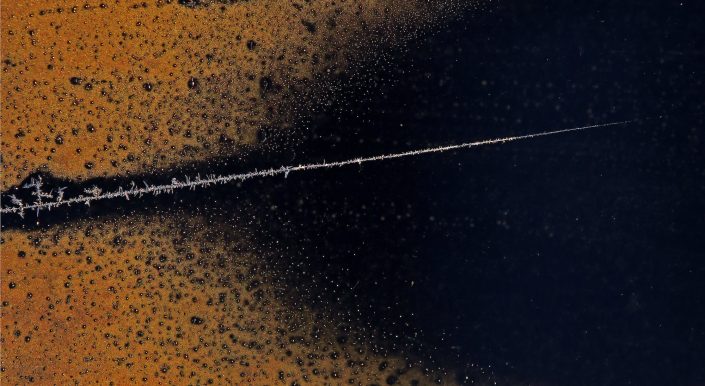 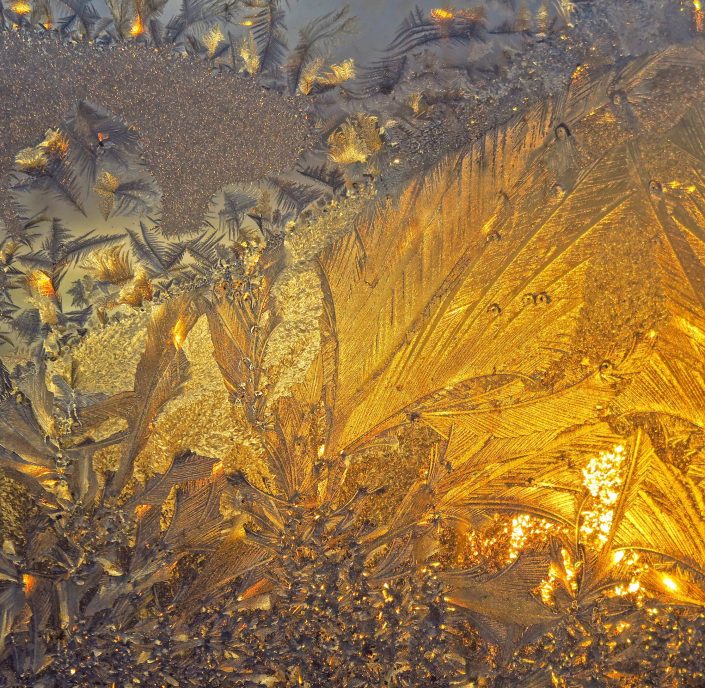